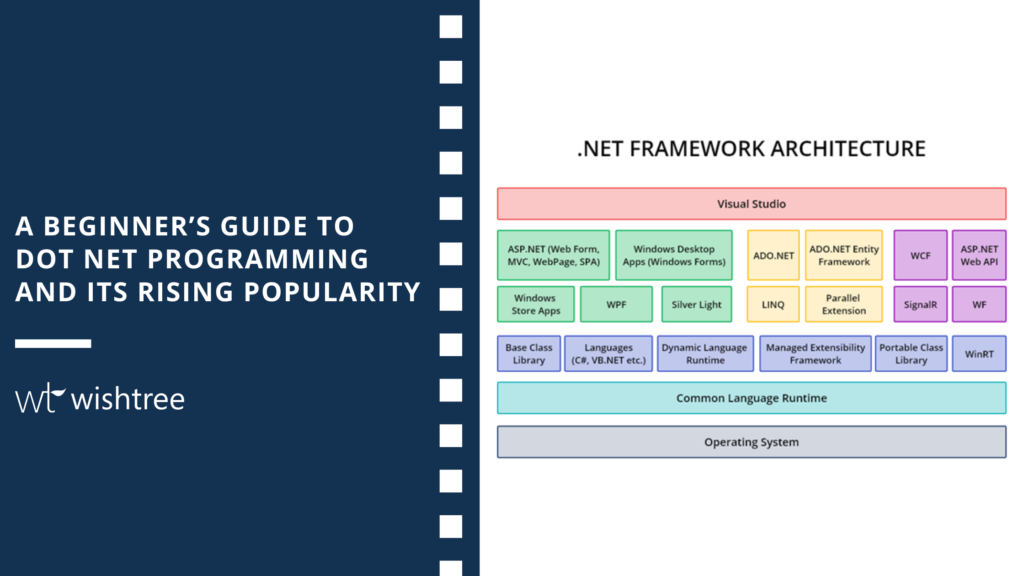 We have seen an unusual surge in demand for Dot Net projects and Dot Net developers in recent times. Let us review what Dot Net Framework is all about and visit some of the factors responsible for this rise.

What is Dot Net Framework?

Microsoft introduced the Dot Net Framework in February 2002, and since then, it has always been one of the top considerations in developing robust, secure, and performance-driven windows and web applications. It helps keep MVC structure and Web API together, yet loosely coupled, while allowing the development of feature-rich APIs with complex business logic. It has a clear separation of concern in terms of various tiers of the application architecture. Here is a high-level architecture of the Dot Net Framework. 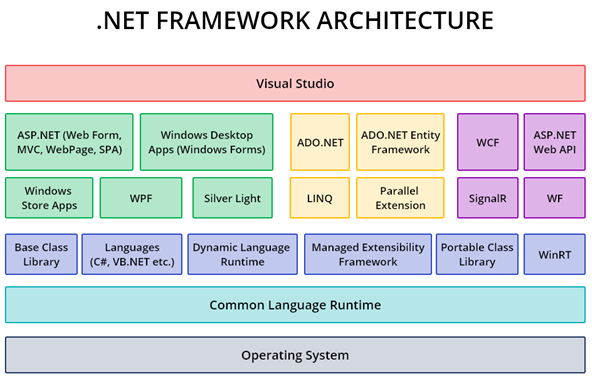 In July 2016, Microsoft revealed an open-source and cross-platform version called Dot Net Core. All features of the Dot Net Framework are now available independent of OS and infrastructure. 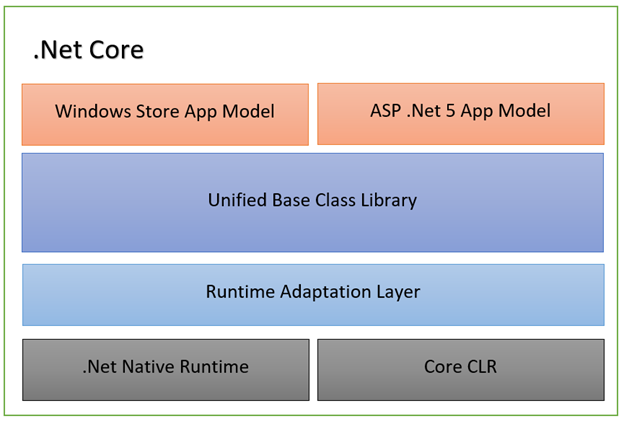 Why has Dot Net Programming become so popular? 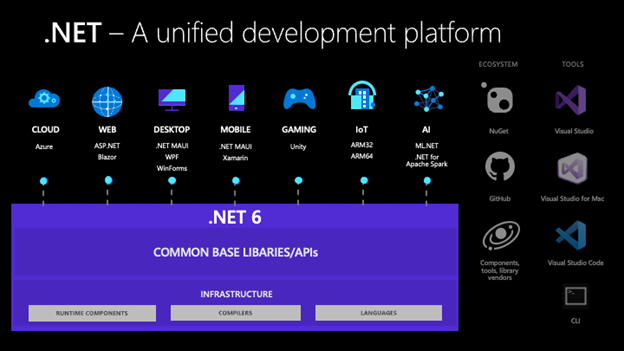 Microsoft has always followed a trend of keeping the Dot Net services on the bright-line by releasing new and latest versions yearly. The next release plan indicates the same.

To support the latest and future Dot Net versions, Microsoft has also sustained a rollout of Visual Studio 2022, which is modern, innovative, scalable, intelligent, AI-assisted, as well as equipped with features handy for ease of development.

In a nutshell, the so-called resurgence of Dot Net is not prevalent, simply because Dot Net has never been out of style at all! Every time a new version of Dot Net comes out, the developer community is equipped with more new features to match with the current and future development trends.

Furthermore, Dot Net programming remains in a very high demand still, with the version 6.0. It is needless to mention that with new and latest features it is going up and strong with future versions. The way is only forward for Dot Net programming.