AWS and Microsoft’s Azure are the big boys of the cloud computing world.

The cloud-hosting industry operates on razor-thin margins, making the bulk of their profits from volume. It is thus imperative to compare these big boys.

Operating officially since 2006, Amazon Web Services (AWS) is closing in on its 10-year anniversary. Some might call that old, while others would say that Amazon has merely had that much more time to build an incredible head start over its competition. One of those competitors, Microsoft Azure, entered the market in 2010. But by this time had Amazon already sprinted ahead to an insurmountable lead? Microsoft doesn’t think so, clearly, and has been building its infrastructure as a service (IaaS) offering out from AWS’ shadow ever since.

Of course, insurmountable leads and shadows are largely irrelevant to your own enterprise. These companies are both global titans with the resources to make their respective cloud services as robust and expansive as they want. With server farms the size of actual farms, both are equipped to meet the needs of enterprises of virtually any size. But while the question: “So which of the two is better for my business?” is a simple one, the answer may be a little more complicated. 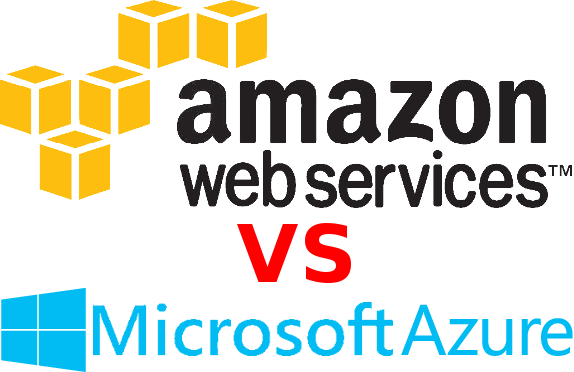 AWS is really an umbrella offering that includes various branded IaaS and PaaS solutions. The largest and best-known of these is the EC2 IaaS solution.

Amazon owns the largest data centers in the world. They are located in 9 regions around the world and a tenth one is coming up in China exclusively for that market and will be completely isolated from the others.

It also introduced a new ‘Basic’ service level that removes auto-scaling and load balancing for those clients who don’t require such services, such as those running test environments and batch processing applications. For Windows-centric development or hosting, Azure offers slightly better options – Visual Studio, .NET and Windows programming languages such as VB and Visual C++ are all fully supported and well integrated.

Azure and AWS: Comparing the Basics

Azure essentially covers these bases, too, lumping them into four general categoriesor functions: Build infrastructure, Develop modern applications, Gain insights from data, and Manage identity and access. Azure has its own Hadoop implementation, HDInsight, and Apache Storm can do real-time stream processing. You can get virtual machines (VMs) off the ground quickly and give your employees what they need to build and deploy apps. Storage and database options abound, as well.

AWS vs Azure: Storage and databases

AWS provides temporary storage that is allocated once an instance is started and is destroyed when the instance is terminated. It provides Block Storage that is equivalent to hard disks, in that it can either be attached to any instance or kept separate. AWS also offers object storage with their S3 Service, and archiving services with Glacier. AWS fully supports relational and NoSQL databases and Big Data.

Pricing can be a huge attraction for those considering a move to the cloud, and for good reason: there has been a continued downward trend on prices for some time now.

In general terms, prices are roughly comparable, with Microsoft pledging to keep pace with AWS’s price drops, which can often be the cheaper option.

The hyper-competitiveness of cloud vendors has been hugely beneficial for customers, with frequent cuts to prices for various services. This is clearly good news for IT departments, often unexpectedly freeing up budgets as vendor margins get thinner.

Microsoft bucked this trend to some degree, and recently made changes to its pricing in line with currency fluctuations.

Working out pricing can be complex, however. In particular AWS’ pricing structures are not always entirely clear, and some customers look to third parties to manage costs.

AWS provides a price calculator here, as does Microsoft here.

AWS vs Azure vs Google: Networking

Amazon’s Virtual Private Clouds (VPCs) and Azure’s Virtual Network (VNET) allow users to group VMs into isolated networks in the cloud. Using VPCs and VNETs, users can define a  network topology, create subnets, route tables, private IP address ranges, and network gateways. There’s not much to choose between AWS vs Azure on this: they both have solutions to extend your on-premise data center into the public (or hybrid) cloud.

A high-profile user base may not be the main reason for choosing either cloud provider. But it can help the more cautious organizations understand how the public cloud is benefitting others in their sector.

This is clearly a strong-point of AWS. It has increasingly taken on large customer deals, leading to the intriguing situation of a company owned by what was once simply an online bookseller threatening to usurp some of the biggest names in IT.

For example, although the US Central Intelligence Agency eventually signed a contract with IBM, awarding AWS a contract to build its private cloud in a one-off deal in 2013 could be seen as symbolic of a change in mentality by buyers.

A major proponent of AWS has been Netflix – a longstanding customer which recently claimed it would soon be shutting the rest of its data centres in a final move to the cloud. But aside from web pioneers, its real success has been in convincing more traditional businesses to move to the cloud.

Microsoft perhaps has less high profile Azure users, with most of the messaging from the vendor appearing to be around its widely used Saas tools.

But the Redmond firm has also notched up some notable customer wins such as Pearson, Ford, NBC News, dunnhumby and Easyjet, to name but a few.

While some of the features, services and options that you’ll find in Azure and AWS can’t be fully compared to one another, many come pretty close. Here’s our attempt at a side-by-side comparison between the two cloud platforms.

Before making the decision between Azure and AWS, start by answering a few questions about your computing needs.

Choose Amazon Web Services if you require:
Choose Microsoft Azure if you are:

Don’t Take Our Word For It

Whether you want to migrate some, most, or all of your business to the cloud, it’s obviously not a decision to take lightly. Both Amazon and Microsoft understand that, offering free trials of AWS and Azure, respectively, letting you experience either or both firsthand. AWS and Azure also have free tiers to give you another way to poke around their clouds. In this cloud showdown, “try before you buy” is the best advice we can give.