Is Data The New Oil? 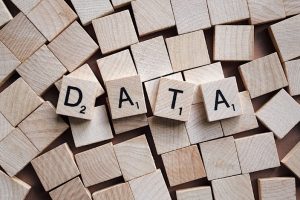 Data today is considered as one of the most valuable resources. Every day a large quantity of data is collected and stored. A report by IBM says that around 2.5 quintillion bytes of data are created every day. It is also found that 90% of data is generated in last two years only and the data growth is likely to be accelerated even more. The world GDP raised by 10% because of the data flow, a research by Webforum says. With digitization of the world, the importance of data is increasing.

In the previous years, oil gained importance because of its scarcity. It was difficult to extract oil from untapped locations, but the countries which discovered oil resources flourished much more. On similar lines data today, is driving innovation in technologies. The companies which properly manage data are the most successful one. The tech giants like Google, Amazon, Facebook, Apple, and Microsoft are continuously developing themselves with the help of data. Also, many new startups are emerging on account of data analysis available. Data, on the whole, is now becoming the oil of digital era.

A century ago Oil was a resource of concern and now data has taken that place. The analogy “Data is the new oil” fits in properly considering the change that Data has brought in.

Just as oil needs refining, data also needs processing to generate value out of it. Many technologies such as artificial intelligence, automation, and business analysis etc. are based on data. These technologies gained a boom because of data availability. Hence, like oil, data is also supporting many new tools and technology.

But based on these similarities, data cannot be directly linked with oil. It would be inaccurate to call data as oil while comparing their core properties.

To start with, once the oil is used, its value is depleted. It cannot be processed again to get usefulness out of it. In contrast to this, much more knowledge can be obtained by processing data again. For example, a study by IBM shows that trillions of sensors monitor, track, communicate with each other, populating the Internet of Things with real-time data. These data can be analyzed and used to feed into machine learning systems to generate broader insights. 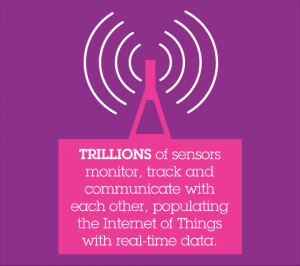 Similarly, data from other fields like education, healthcare, business etc. can be used and reused to get insights and tackle problems.

Going ahead, the quantity of data is increasing day by day while that of oil resources is shrinking. The figure below shows the amount of data that will be collected by 2020.

The data collected includes words, images, sounds, facts, statistics and any other thing which can be processed by a computer. Transportation of this data is easier with the strong internet network around the world. The data can be transported at the speed of light and in a very cost-effective manner. But transporting oil is a much more tedious task. Specialized modes of transportation are required to handle oil.

Also, mining techniques for both the resources are different. Challenges related to handling both the assets are different. Extracting oil endangers nature while data mining needs to look after user privacy issues. The rules to handle data are still being researched. On the other hand, the methods to treat oil are specified and written.

Therefore, data and oil cannot be considered to be similar on all the grounds. In fact, data is a whole new resource in itself.