What did we do for WHO?

On the World No Tobacco Day of 2018, the Tobacco-Free Initiative (TFI) Unit (under WHO) launched a campaign to establish smoke-free workplaces across the world. Also known as Revolution Smoke-free, this campaign aimed to run awareness initiatives through employers, including those operating in public places (restaurants, hotels and public transports) in various regions and countries. The employers were invited to pledge their support and share their experiences and plans to implement smoke-free workplace policies.

Wishtree’s role here was to design an effective website that explained everything about the revolution and encouraged employers worldwide to contribute to this campaign. The TFI is gradually taking aggressive steps to increase awareness, interest and commitment from the audiences through press releases, media interviews and country-wise launch events to make an impact on the ground.

Wishtree supported this initiative from the WHO and the Tobacco-Free Initiative (TFI) Unit and designed a website that supports the campaign. The website was recently acclaimed by W3 Awards. 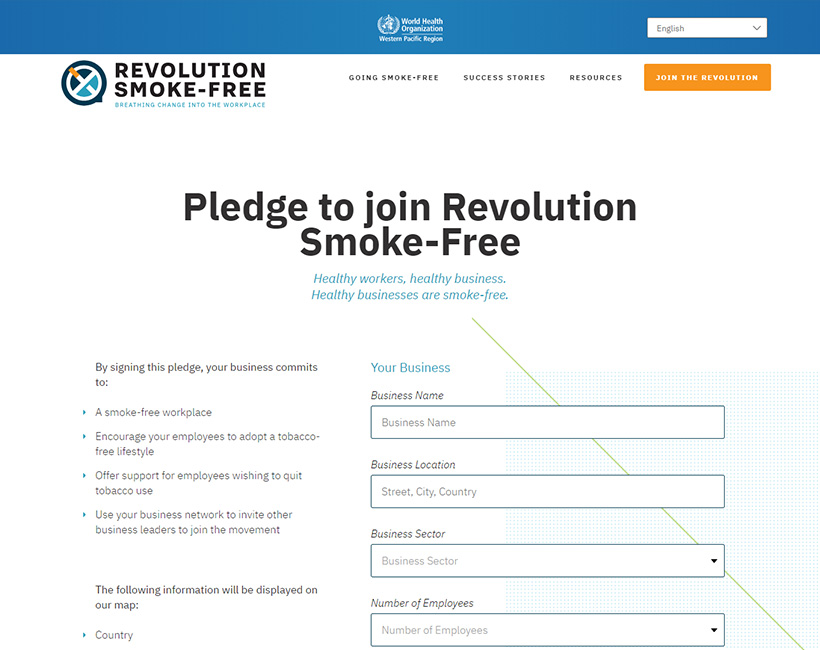 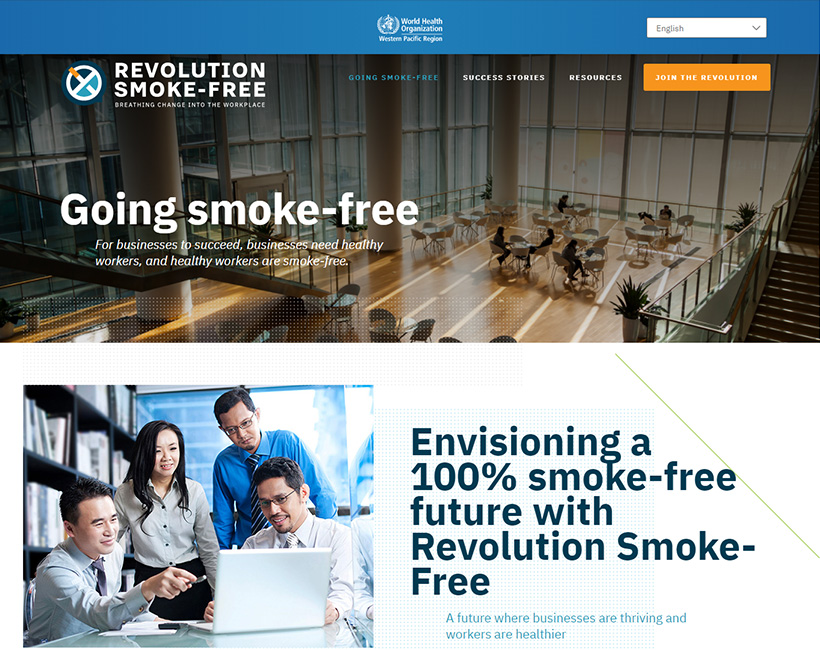