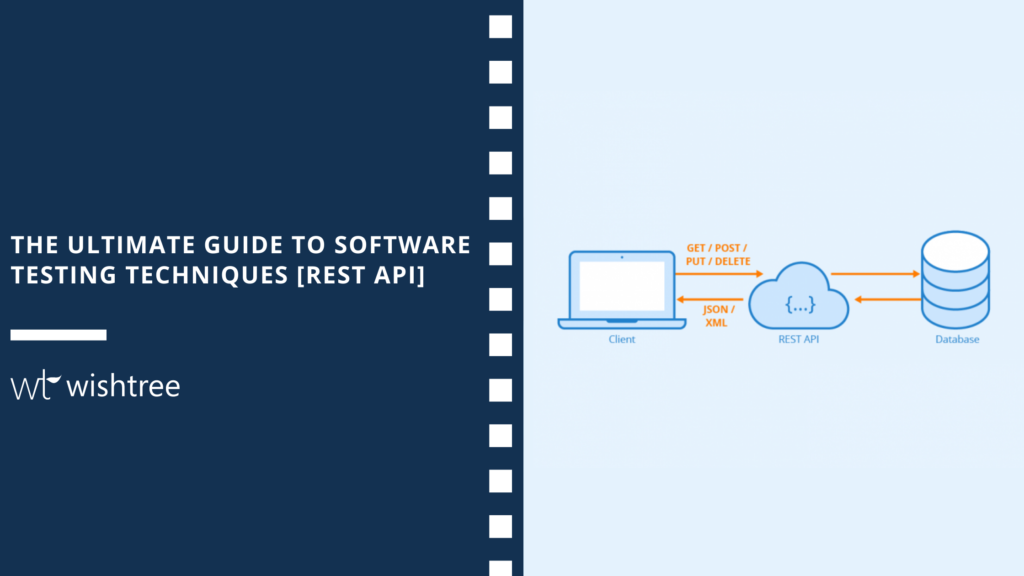 Software testing is an integral part of an application’s maintenance and quality control. The better testing processes you have, the better customer experience you will be able to provide.

The concept of software testing was introduced by Charles Baker in 1957, stating the need to design tests to ensure that the developed system meets the requirements set forth before the development started.

Before that, testing was included in the debugging phase, wherein programmers found errors during debugging. Gradually, software testing became an indicator of quality and it gained its position as a separate and definite process of the software development lifecycle.

In this blog, we will understand Rest API software testing techniques and the automation applied behind them.

Let’s start with the basics.

REST API Testing is an open source web automation software testing technique used to test RESTful APIs for web applications. The purpose of REST API testing is to record and check the API’s response and functioning by sending various HTTP/S requests. The testing is done by GET, POST, PUT and DELETE methods.

Standing for Representational State Transfer, REST is an architectural style and not a protocol. Whereas, API stands for Application Programming Interface; which is a set of programming instructions to access a web based software application. 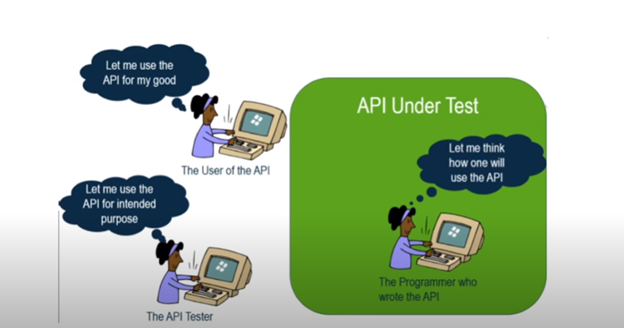 In other words, an API is a set of commands used by an individual program to communicate with another program and use each other’s functions and databases to get information.

For example, a MakeMyTrip website can have an API for various functions like search, calendars, sorting results, filtering results as per conditions and more.

The REST API software testing technique uses four types of methods, similar to a majority of other techniques: GET, POST, DELETE and PUT.

REST API can be tested manually as well as automatically.

Which Tools are Used to Test REST API Manually?

Various tools and systems are put into practice to test the REST API manually. Some of those are:

What is REST Assured?

Moreover, it supports HTTP requests such as GET, PUT, DELETE, POST, PATCH, OPTIONS, HEAD which can further be integrated with testing frameworks like JUnit, TestNG.

Let us see what are the dependencies of Rest Assured.

First off, you will need to add Rest Assured as a dependency to the project you want to test. Because we use maven in our projects, we have added the following REST-assured dependency to our Project Object Model (POM).

What are the Pre-Requisites to Use Rest Assured?

Rest Assured requires a few criteria to be met before being implemented. Those are:

What are the uses of REST Assured?

Rest Assured comes with a multitude of benefits and uses in software testing techniques, such as:

How to Create the First Project for API Testing?

Follow the below steps to create the first project to test the REST API.

2.3 Check the Checkbox of Create a Simple project and click on Next

2.4 Enter the Group Id and Artifact Id as Project name and click on Finish

How to Automate Rest API with Rest Assured?

Rest API can be tested manually as well as using automation. You can automate it using Rest Assured with the following steps. 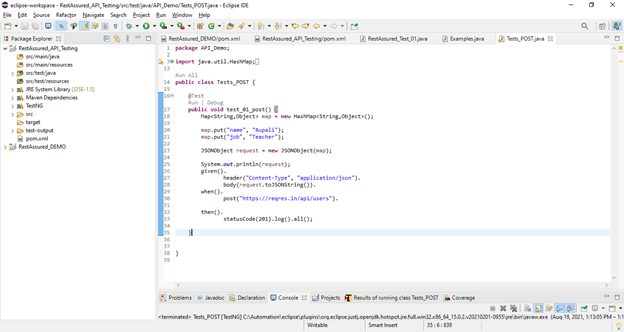 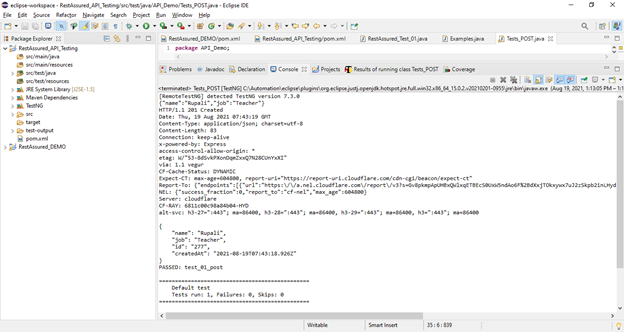 Testing in software engineering, whether white box or black box techniques have made their way around application development over the last few decades.

Instead of sticking around as a process or a chore, software testing has become a core competency in the IT industry.

We hope this blog helped you understand REST API and how to test it using Rest Assured. Leave your feedback or questions in the comments below.