Partner with the Kotlin for Android Developers expert in Kotlin Android Development; and having experience of building tailor-made and user-friendly solutions.

Kotlin has very soon become a preferable language for Android developers or we can say that Kotlin for Android Developers because of its reduced possibility of bugs, clear readability of code and decreased development time. Being perfect in server-side web application development, it is undoubtedly a trend-setting programming language which can build future-ready and inspiring Android applications.

Wishtree has a strong team of Kotlin android developers possessing extensive knowledge and experience of developing customized and user-friendly apps.

Why Kotlin for Android Developers To Developing Android Apps?

Using Kotlin programing language for developing Android apps, enabled us to deliver quality solutions in less time. Below are some features and key benefits of choosing Kotlin over Java to develop your android app –

Kotlin has an in-built tool which can convert existing Java code with a single click. This obviously, reduces the development time and improves performance.

Kotlin-native being fully compatible with Objective-C, it can be used to develop iOS applications also.

In Kotlin programming language, the parameters can be defined by name instead of the index which becomes easy for programmers to identify the parameters when there are too many in a function.

Kotlin consists of several safety features eliminating nullability and immutability. Above all, Kotlin’s compiler has the capability of verifying the accuracy of programs during compiling resulting in less or no possibility of run time crashes.

Kotlin enables developers to use pure functions and immutable objects, which eliminates continuous modification of similar data by multiple threads when there is no synchronization causing errors.

Kotlin supports coding in both the manners – functional and object-oriented. This avoids duplication resulting in high-value coding.

Kotlin being an expressive, concise and powerful programming language, is interoperable with the existing Android languages and runtime resulting in reduced development efforts.

Our range of Kotlin development services include –

Having problems running your Kotlin app? Our Kotlin developers can be at your rescue. We analyze and optimize Kotlin code in an efficient manner to eliminate all the problems and errors in your Kotlin Application.

Connect with our expert and updated developers to get your Kotlin app upgraded reaching out to the audience that is always future-ready.

Need some tailor-made changes to your existing Kotlin app? Look no further; our Kotlin developers are expert at creating a customized mobile app using all the latest technologies.

Want to migrate your Android app built in another technology to Kotlin? Our Kotlin developers are there to get that conversion done in a seamless manner.

Get your Kotlin app checked thoroughly by us so that you don’t face unpleasant surprising after its launch. We ensure that your Kotlin app is having clean code, loads quicker and is error-free.

Kotlin is an excellent programming language used to develop Android apps, has been utilized by below-mentioned global leaders –

Everyone is aware of Pinterest – a photo-sharing social networking platform having 150 million users. The results of its success prove their reason behind using Kotlin as the programming language.

One of the most successful taxi app – Uber has used Kotlin in building internal tools.

Netflix is one of the most popular internet television platforms. The use of Kotlin has resulted to its high performance and success.

Coursera is the most popular education technology company and the use of Kotlin has enabled them to deliver excellent user experience.

Corda built utilizing Kotlin, is an excellent open-source distributed platform used by the majority of banks.

Is Kotlin Better Than Java? (Kotlin vs Java)

Whether you are looking for reduced costs, upgraded technical know-how, or impeccable customer service, we deserve to be your technology partner. Since our inception in 2009, we have been serving our clients with a customized and modern approach towards web / mobile app development projects.

Finally, we are always ready to discuss your requirements. Whether it is hiring a Kotlin developer or delegating the entire project to us for stress-free mobile app development, we are ready to serve you with scalable and interactive solutions, helping your business to achieve desired goals. 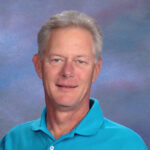